Why run this report?

When should you run this report?

This report is recommended if you want to see a file of your budget by natural account by month. For forecasts there is no phasing by month as all figures are posted to the ADJ period.

How to run this report 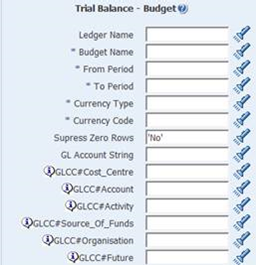 Which outputs are available for this report?

•    Excel - a simple list of data that can be filtered but has no totals.
•    Excel Pivot - designed to make analysis of the data easier, the default layout can be changed once the report has opened in Excel from this output.

For each account, the report prints the budget balances and activity for the periods you specify. General Ledger reports debits as positive amounts and credits as negative amounts.